It is a rare life threating condition which is caused by the spore forming bacteria called bacillus anthracis. It mainly affects the animal but sometime infect the humans also. It is transmitted through the skin lesion and use to contaminated fomites. Human got the bacteria through the animal by touching them or eat the food which is contaminated with the feces of infected animal. 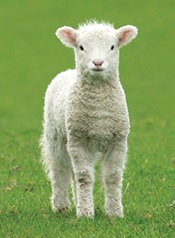 Spores of anthracis bacteria usually found in soil. Host for anthrax include wild animal like sheep, horses and goats. Human being get infection by exposure of infected animal with bacteria by eating their meat or hides or by the contamination of food with infected animal feces.

Complications of anthrax include:
• Sepsis. It is a life threatening condition leading to the multi-organ failure.
• Hemorrhagic meningitis. Inflammation of the membrane which cover the brain substances and spinal cord and causes the severe bleeding.

Your doctor might ask you some question to take the medical history which help him to diagnosis the condition. Following test will help to rule out the other conditions which cause the same signs and symptoms:
• Chest X-ray. To check the signs and symptoms of inhalation anthrax
• Blood test. For culture test
• Skin test. For biopsy purpose
• Stool test. To check the presence of bacteria in your fecal material
• Lumber puncture to evaluate the risk of meningitis

Antibiotics like ciprofloxacin and vibramycin will help to reduce the growth of bacteria and help to relive from the signs and symptoms. Injection of anthrax and excision of the infected tissue will also reduce the disease. Other symptomatic treatment also given in severe disease like fluids and vasopressor to elevate the blood pressure to avoid the risk of going into shock.