An infectious disease, tularemia also known as deer fly fever or rabbit fever is transmitted to humans by mammals while mode of transmission is often through insects. The disease is  spreadable and can cause sudden death if not treated early.

Latent period of infection is 3 to 5 days but can be upto 14 days. The symptoms depend on the site of infection and organ involved.

This occurs most commonly with the following symptoms: 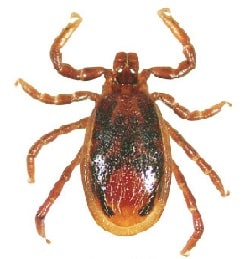 Except for the ulcer at the site of infection the rest of the symptoms are same as ulceroglandular tularemia.

Involves eyes with the symptoms as follows:

This is more threatening than the other. Its symptoms include:

The disease is known to spread from animals who are infected with a bacteria F.tularensis. Its causes include:

It requires tests to check for bacteria F.tularensis in the sputum or blood. Other investigations include antibody titers and X-ray chest for pneumonia

Certain IV antibiotics are used such as:

Oral antibiotics are also given