Dengue is a disease caused by mosquito bite infected with the dengue virus. It can be mild or severe depending on the symptoms. Mild conditions include symptoms like skin rash, temperature, pain in joints and muscles where as severe condition involves profound bleeding (hemorrhages) leading to acute drop in blood pressures and hence death. Many researches are being conducted to make dengue vaccines since it is a widely spread infection and millions of cases occur each year. 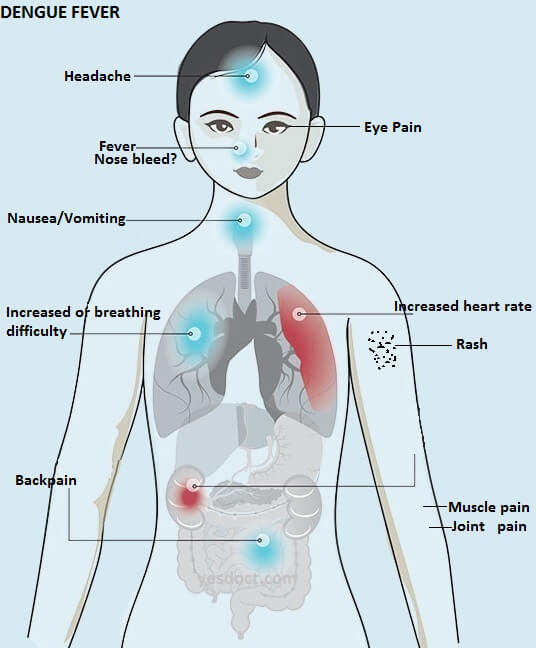 The symptoms occur approximately 4 to 7 days after a mosquito bite. These include:

Dengue is caused by a mosquito bite which is infected with virus.

Dengue  can be diagnosed by its signs and symptoms, it must be differentiated from other similar diseases like malaria, typhoid, leptospirosis, etc.

Some lab tests can be done but they usually come back late to help with the treatment.

However, Acetaminophen (Tylenol) can be given to decrease pain. Agents that lead to bleeding complications should be avoided which include aspirin, ibuprofen, naproxen sodium.