Radiation sickness is defined as the damage to your body due to the exposure of radiations in a short period. It depends on the absorbing ability of the skin. It is also called radiation poisoning.

It is not occurred by a low dose of radiation which is normally used in x-rays and CT scan.

Signs and symptoms depend on the severity of the radiation, time of exposure, the distance between you and radiation, duration of exposure etc. Radiation mostly effects on the gastrointestinal tract and bone marrow.

Initial signs and symptoms include: 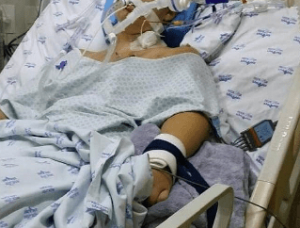 Atoms are the source radiation. Radiation is a form of energy. High dose of radiation causes radiation sickness such as exposure during industrial work.

Following are the sources of high dose radiations:

Complications are divided into long- and short-term mental health problems.

It is a well preventable sickness. The following recommendation will help you to prevent exposure of radiations:

If you have any history of exposures to radiation by accidental or at the workplace, then your doctor takes the following steps to rule out any complications.

The aim of the treatment is to avoid the further exposure of radiation and heal the ulcers and burns and to relieve the pain.